Anchored by the state’s flagship university, the University of Kentucky, the Bluegrass boasts 10 colleges and universities within 40 miles of Lexington. In addition, Lexington has four other professional and technical colleges. In total, nearly 70,000 students are enrolled in institutions of higher learning in the Bluegrass, awarding more than 18,000 degrees and credentials annually. Among cities over 300,000 in population, the U.S. Census Bureau ranks Lexington as the 12th most highly educated in the nation (based on the 42.9% of the population 25 years or older holding at least a bachelor’s degree). Even more impressive, 18.6% of the population has a graduate or professional degree, ranking Lexington the 11th most highly educated city. 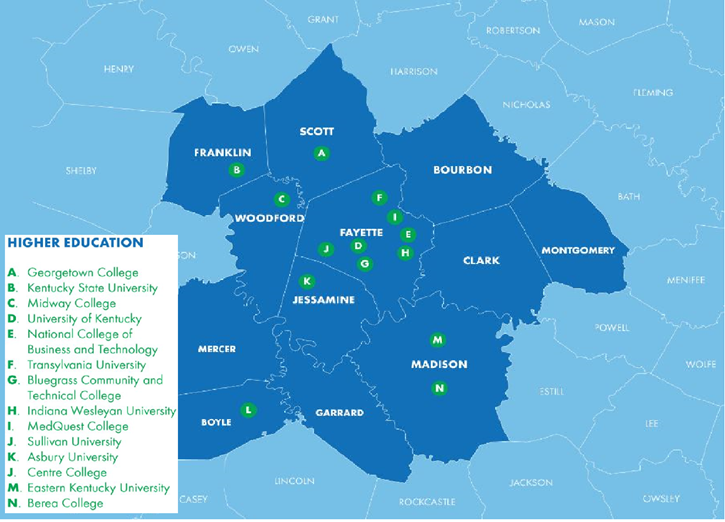