With fans, players, communities, and entire countries watching, the coronavirus pandemic’s early impacts spurred mass cancellations from nearly every major sports organization. From the beginning, sports fans have been left longing for entertainment as cancellations and delays to events like March Madness, the Masters, the Olympics, and the NBA Playoffs, have led to programming by networks like ESPN becoming re-airs of NCAA championship games, UFC fights, and even the occasional cornhole championship or spelling bee. There seems to be only one sport that’s somewhat resistant to the pandemic’s effect and, until now, many people didn’t even regard it as a “real” sport. Esports and gaming of all kinds are not merely surviving but thriving with people staying healthy at home and hungry for entertainment and socialization.

According to internal data from Twitter, esports and gaming conversation spiked by 71% in the latter half of March. Within this spike, the U.S. alone saw an 89% increase conversation and a 50% increase in unique authors. Regarding viewership, Statista has reported 10% and 15% increases on Twitch and YouTube Gaming due to the coronavirus. Lastly, according to Verizon, online gaming activity on their networks has seen an 115% increase compared to a typical day before COVID-19. Metrics like these hint at an acceleration that’s occurring in the already high growth industries of  esports and gaming. 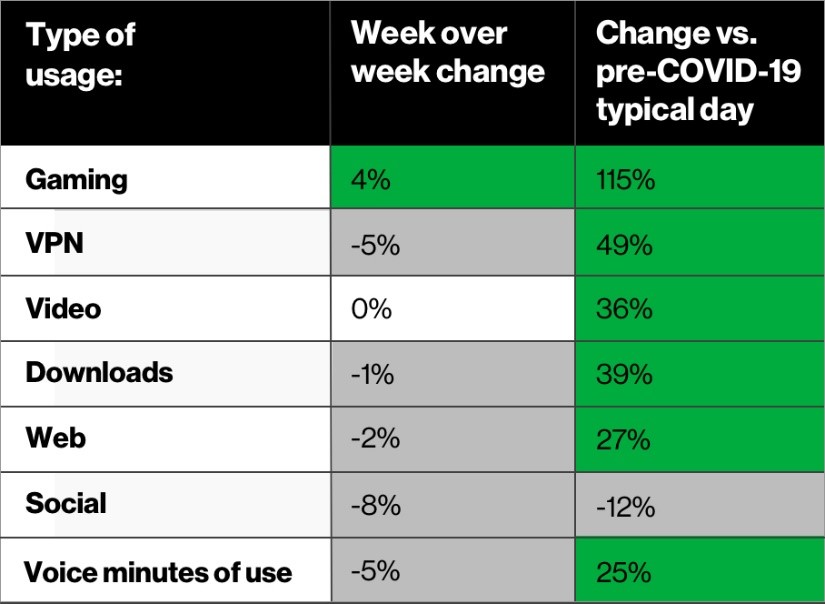 The Appeal of an Emerging Industry

In recent years, the esports and gaming industries have become widely recognized as emerging industries with incredible growth potential. According to Newzoo, the global esports market was on track for revenues of nearly $1.8 billion in 2022 at a compound annual growth rate (CAGR) of 9% and, in 2020, global esports viewership was projected to hit 495 million people. These figures are astounding by themselves, but they carry even more weight when compared to traditional sports. While measures vary, some estimates have shown that individual games like League of Legends already have more viewers than the MLB, NBA, and NHL. 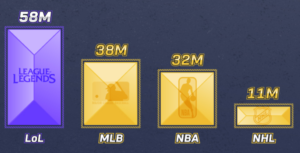 Given the astounding growth of the esports and gaming industries, cities everywhere have noticed the sectors’ economic potential with places like Chicago, Charlotte, and Orlando all making cases for why their community is the ideal destination for a hub. Companies like Epic Games – the creators of Fortnite located in Cary, NC – and Electronic Arts (EA) – the creator of various sports titles and more – are a couple of the big fish that communities would love to catch, but there are numerous startups and ancillary industries that would also reap the agglomeration effects of an esports hub and bring high-paying jobs to cities. The questions economic developers must ask are, “Is this possible?” and “if so, how?”. Luckily, this isn’t the first time sports have been leveraged as an economic engine.

In the 1970s, a group of visionaries in Indianapolis organized around the innovative, economic mission of leveraging sports to drive economic growth. Today, the Crossroads of America has become a sports mecca with a resumé that’s envied by tourism and economic development agencies alike. In the 30 years following the initiative, the city had hosted over 400 national and international sporting events including the final rounds of March Madness, the Olympic Trials, and a Super Bowl, and had become home to headquarters of entities like the National Collegiate Athletic Association (NCAA), the National Federation of State High School Associations (NFHS), and the American College of Sport Medicine (ACSM). Indianapolis has earned the title of  the “Amateur Sports Capital of the World.”

In an article describing Indy’s journey by the Sports Planning Guide, the strategy consisted of three parts: building sports facilities and hotels downtown, hosting sporting events to bring visitors, and attracting governing bodies to bring their headquarters to the city. Each of these steps was unique and deliberate in order to create a desired economic impact. For example, the task of attracting governing bodies and, therefore, high-paying jobs would have  been much more difficult, if not impossible, without the city first establishing itself as a destination for sports enthusiasts. As a result, the NCAA’s headquarters relocated from Kansas to Indianapolis in 1999. By using a similar strategy, a community could position itself as the ideal destination for esports and gaming tourism and business.

Amid the ambitious aspirations and arguments cities have proposed, Lexington has arguably the most unique asset that’s essential for establishing a community as an industry hub: access to talent. In 2019, the University of Kentucky cemented a first-of-its-kind partnership with global esports company, Gen.G, and JMI Sports. Built on the pillars of academic, community, and professional development, the partnership will prepare students for careers in technology, marketing, and the many ancillary industries associated with esports and gaming, all while promoting greater equity and inclusivity for students. This revolutionary partnership combined with other local assets and advantages explain why Lexington is positioned for success in esports and gaming business and tourism.

In 2018, the Lexington Convention Center, now the Central Bank Center, announced a $241 million expansion to the venue that’s home to historic Rupp Arena. The expansion will create 100,000 sq. ft. of exhibit halls, a 24,330 sq. ft. ballroom, 29,000 sq.ft. of meeting rooms, and 44,000 sq. ft. of clubs and flexible spaces. The exterior of the center will also be refreshed with a new metal and glass skin. The upgrades are slated to be complete by Spring 2022.

In 2019, the University of Kentucky announced the first installment and anchor within their developing innovation district called the Cornerstone. The Cornerstone is a mixed-use facility containing 2,300 parking spaces, a flexible innovation area for education and collaboration, 10,000 sq. ft. of retail space featuring cuisine from local restauranteurs, and the home of University of Kentucky esports. Unlike any other facility of its kind, the esports center includes a 100-seat theater, a gamers lounge with 50 PC gaming units, and multiple spaces for console gaming. The Cornerstone exemplifies the university’s innovative spirit by providing an asset unique to Lexington for the gaming and esports community.

Rupp Arena is the home court of the University of Kentucky Wildcats. It is one of the largest arenas of its kind in the country and it is in the heart of downtown. The Kentucky Wildcats have a rich history in college basketball with eight NCAA National Championships and numerous Final Four and Runner-up banners. Wildcat fans are some of the most rabid fans of any team in any sport in the world. With the new University of Kentucky esports initiative, the Big Blue Nation is poised bring their signature enthusiasm into gaming. In April, the University hosted an NBA 2K tournament for prospective students, current students, alumni, and even a few Wildcat stars.

Known mostly for its thoroughbred and bourbon-based tourism, the Bluegrass has a booming leisure & hospitality industry with new, downtown developments now operational. Lexington’s unique amenities and attractions provide an experience that can only be found in the Bluegrass. In 2019, the city posted record, room revenues of over $196 million and over 1.1 billion media impressions through outlets like Travel + Leisure, USA Today, CBS News, the Today Show, and Rolling Stone. According to VisitLex, Lexington contains 8,400 hotel rooms spread across 93 properties.

Located on 15 acres just one mile outside of downtown, the Lexington Distillery District is a collection of historical industrial buildings with unique attractions, including shops and art spots, and vivid street art by PRHBTN. Visitors can eat dinner at the Middle Fork Kitchen Bar, enjoy craft ice cream such as Bourbon and Honey at the Crank and Boom Dessert Café and Lounge, sit on the patio at the craft microbreweries Ethereal Brewing, Wise Bird Cider, and Fusion Brewing, or compete with friends at Battle Axes. The anchor of the district, James E. Pepper Distillery, reopened in 2017 where it originated in 1879. The $1.3 million investment includes a museum. CNN recently named the Kentucky Bourbon Trail a “Top 10 Classic American Experience.”

In 2019, Krikorian Premiere Theatres announced that they would be building their first facility outside of California in downtown Lexington, called LexLive. The venue contains a sports bar, bourbon bar, a bowling alley, an arcade, and numerous dining options. The theater is perfectly located adjacent to multiple hotels and the Central Bank Center, but the most unique component of the venue is its emphasis on offering esports programming.

Another popular spot downtown is the Square – a 140,000 square foot collection of retail shops, dining, and entertainment on one city block. Originally built in the 1880s, this beautiful building adds to the historic architecture of downtown and was spruced up in a $2.3 million renovation in 2014. There are a handful of museums and galleries at The Square, with a mix of shopping and dining, including Urban Outfitters, Saul Good, Vinaigrette, HopCat, and Pies & Pints.

The newest addition to Lexington’s skyline is City Center. City Center includes a 12-story office tower, a 214-room, full-service hotel by Marriott, a 120-room, extended-stay hotel by Residence Inn with a rooftop bar, three floors of penthouse condominiums, and restaurants such as Jeff Ruby’s Steakhouse. The structures are built on top of a 700-car underground parking garage. The completion of City Center brings even more big city amenities to pair with Lexington’s small-town feel.

On Nov. 14, 2017, former Mayor Jim Gray announced an investment by MetroNet of $70 million to make Lexington the largest gigabit city in the country. Once finished, this initiative will increase Lexington’s average internet speed from 16.2 megabits per second to up to 1,000 megabits per second. The term gigabit city refers to the availability of internet speeds up to 1,000 megabits across an entire city. This availability makes Lexington an ideal destination for gaming hobbyists and professionals alike. 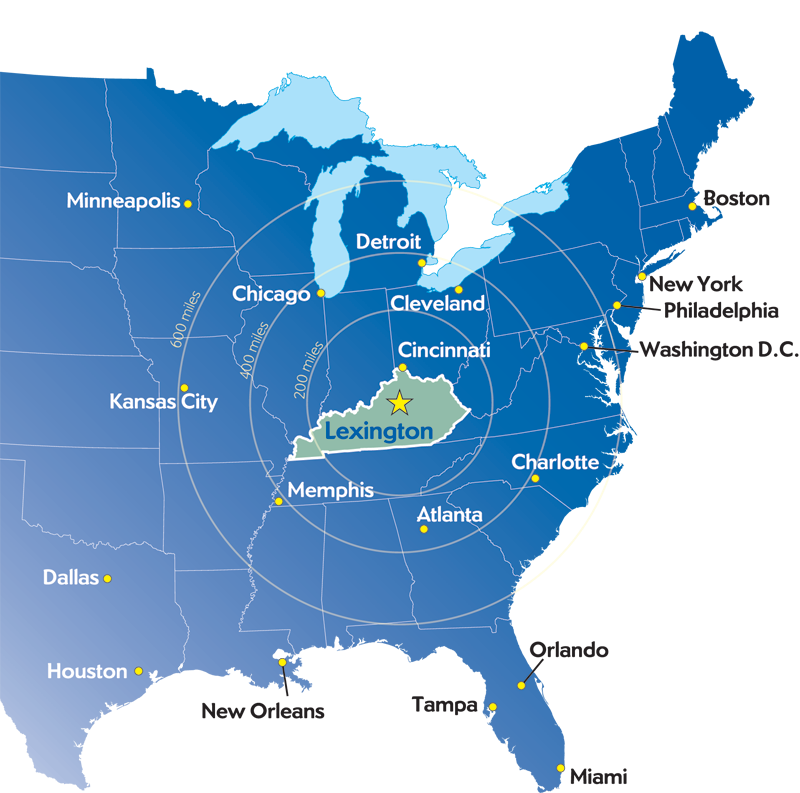 Anchored by the state’s flagship university, the University of Kentucky, the Bluegrass boasts 10 colleges and universities within 40 miles of Lexington. In addition, Lexington has four other professional and technical colleges.In total, nearly 70,000 students are enrolled in institutions of higher learning in the Bluegrass, awarding more than 18,000 degrees and credentials annually. Among cities over 300,000 in population, the U.S. Census Bureau ranks Lexington as the 12th most highly educated in the nation (based on the 42.9% of the population 25 years or older holding at least a bachelor’s degree). Even more impressive, 18.6% of the population has a graduate or professional degree, ranking Lexington the 11th most highly educated city.

Lexington is located at the center of a 31-state distribution area and is within a 600-mile radius of two-thirds of the nation’s manufacturing facilities, personal income, and population. By virtue of this geographic location and Kentucky’s integrated system of state-maintained roads, interstates, and parkways, the Bluegrass is within overnight range of over half of the U.S. market.

Lexington is home to several companies that are making a name for themselves in the world of game development. Frogdice is an indie, game studio based in Lexington, KY and founded in 1996. With over 20 years of experience, they are one of the most accomplished developers of online games. The company’s focus on creating community is why gamers have remained engaged for two decades.

Gun Media’s goal is to build fresh and exciting interactive experiences for a wide range of platforms and gamers. The company created Breach & Clear, which was a number one bestselling game on the iPhone and iPad platform, but the company’s flagship title is Friday the 13th.

Super Soul’s mission is unlike many traditional game development companies. The company has taken game development outside of recreation and into education by collaborating with universities, K-12 schools, and other businesses to produce educational simulations, augmented realty apps, and construct curriculum for game design classes.

By following Indianapolis’ journey to becoming the “Amateur Sports Capital of the World”, Lexington can solidify itself as an esports industry hub. The University of Kentucky’s partnership with Gen.G has already formalized their commitment to providing the necessary talent to the esports industry, along with all of its ancillary industries. The combination of Lexington’s supply of talent, newly developed assets for esports events, and access to major markets makes Lexington the ideal location for esports business and tourism.